I don't post updates quite as much, but I do like to show what I've been working on, usually in the form of gifs on twitter or sneaking it into Baggers' posts. This particular update is in two parts. First of which is in the way of some progress. The first iteration of the new Atmosphere system is almost beta ready. For people who are familiar with the Alpha version of the game, knows about Atmosphere blocks. 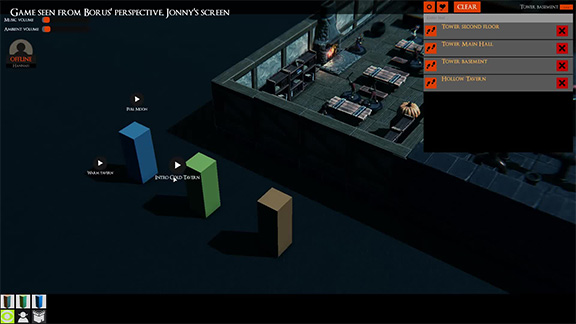 These were literally boxes you could put on the board, click on and switch between different visual looks as well as switch between music and ambient tracks. They were premade inside of Taleweaver, and wasn't particularly flexible, although somewhat conveniently places. Or I guess they would have been if the players didn't see them, and wouldn't get stuck in them if they decided to walk through. This might all sound a bit confusing to others.

The new solution to this is having these settings exposed in the Atmosphere tab on the left side. So now, you can select a music track, an ambient track, SkyCycle, and a Post Process Color effect. These options can then be synced to your players as usual. 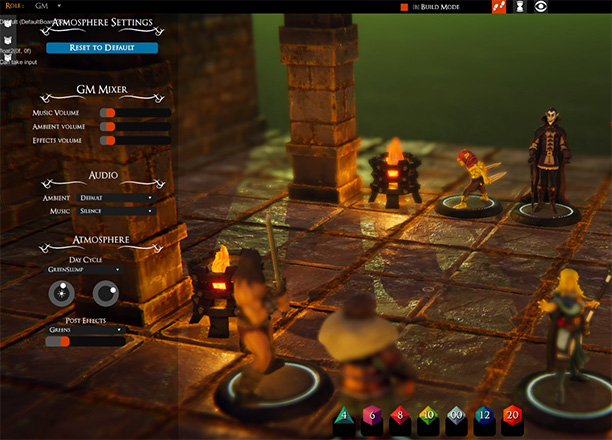 The Atmosphere blocks are still there though but now hidden behind the GameMaster Overlay. 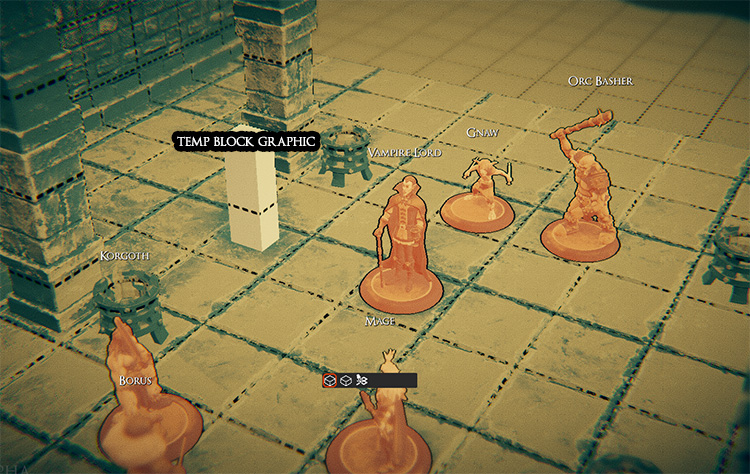 Meaning you don't have to hide them from your players. In addition to having some preset atmosphere blocks to choose from, you can also create your own by dragging out a block from the Atmosphere settings tab (This part isn't entirely done yet). 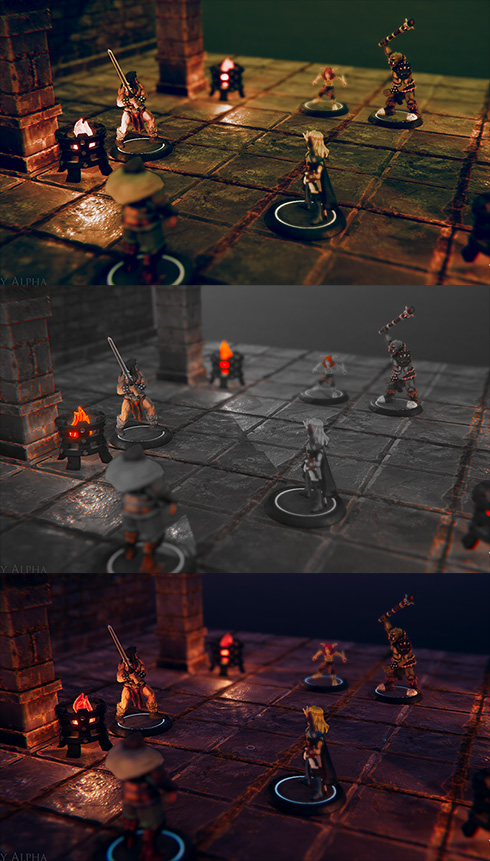 We're likely expanding the options depending on what makes sense for a later iteration. One that might also make it into the beta is Exposure control. (if it makes sense).

I'd also like to mention that Dwarf has been working on more music and ambient sounds! As well as new miniatures! Heckbo is working on a lot of new stuff, including things related to last week's water tweet!

Might be opening a can of worms with this one ;) but prototyping water for #TaleSpire #screenshotsaturday #tabletop pic.twitter.com/zq2fCYFCeM

Now for the second part. The somber part, as I put it in the title. Not "dull in color," but rather "a feeling of deep seriousness."

As some of you might have gathered from Baggers' previous updates, we've hit some unexpected issues. Initially smaller items which put us behind schedule, but more recently some more significant ones which, although these are entirely solvable has some notable unknowns which are hard to estimate.

It is becoming increasingly clear that we're not going to meet the End of February estimate. (I'm using estimate here rather than "the deadline," for my own sanity).

It is just not realistic.

It took me, personally, way too long to see that. Blindly wanting to see a February Beta Release. If everything went perfectly, sure! But as we know, things seldom do.

Crunch can be a "useful" tool, and sometimes especially for indie developers, one could argue that it is necessary. But the value of increased productivity and focus quickly fades into increasingly harmful routines. And after just a couple of weeks, the benefits are gone, and you're just doing damage.

We're at this point; actually, we've stepped over that point and can about make it out in the distance. Behind us. This latest setback was the realization that we can't just brute-force the last couple of weeks and hope that we have something to cram out the door, potentially burning-out in the process.

So what does that mean?

We still haven't worked out all the details. We're having a meeting tomorrow about the subject and will be sharing our findings with you within the next day or so. From initial talks, we're probably looking at about 3-4 weeks past the original estimation. This would allow us to sort out the more daunting issues comfortably, but also do a bit of testing before it goes out to everyone. (It is very much a beta, but we do want it to be properly playable, even if a bit buggy)

So that's it. We know a lot of you are hyped for TaleSpire to be available, and this comes as a bit of a disappointment. We're right there with you, but we also hope you understand our decision to postpone the beta, just a bit longer.

Thank you all so very much for your amazing support!

TLDR: Beta release needs to be pushed, because of some newly discovered issues and fear of burnout from crunch. More information within a day or so.

PS: Another earlier experiment: (this is nowhere near play ready, just showing that it will be coming at some point)

· 2y ago
Guys, don't worry about it. There's always next February.

Real talk, I'm glad you are delaying rather than continuing to push yourselves beyond what anyone could reasonably expect. Take a break, collect yourselves, and get back to 100%.

p.s. Charge my card already and get yourselves something to drink.
Reply 1 Like

· 2y ago
Don't fret about the delay, progress looks so good so far.  Decompress, we're not going anywhere.
Reply Like

· 2y ago
As a fellow developer, I'm quite aware of the old adage ... On Time, On Budget, On Spec, pick two!  Glad you picked Spec and Budget, no harm letting the time slip a little bit - burnout is no fun, and would only result in losing the other two as well!
Reply Like