A little while since our last update, so wanted to post a small one.

Baggers came down to visit this week which resulted in a great amount of progress on the new physics implementation as well as the revamped asset database and scripting engine. I'm sure he'll be posting about those coming up though.

Personally I've been working on the prop system and building tool changes for the most part but I needed a small break from that, so decided and decided to implement a compass as well as do a little bit of art. Not entirely sure where in the UI it should live yet. But it ended up pretty neat.

Not entirely sure when this will go out yet, but shouldn't be too far out.

As for the little bit of art, I've started work on a certain "hyena humanoid". (Heavy "WIP") 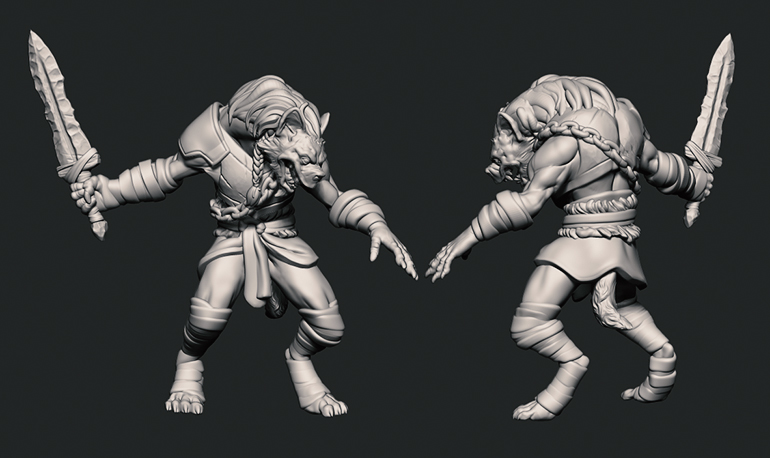 These are likely still quite far away as I haven't had much time to do miniatures.

In other news: Heckbo has been working on flat variants for Village, Moorgoth, and thatched roofs, which should see a release early next week.

Team Dwarf has been working on even more miniatures. More on that in the coming week.

Hope everyone is doing well! Till next time.