Before we kick off with this dev log, we have not forgotten the HeroForge integration dev log that we promised by the end of September. We thought we were ready to publish that. However, at the last second, we decided we wanted to confirm a few details with HeroForge before we let you read it. All companies have their own timelines for releasing info and, while we have nothing extraordinary in our update, we would hate to step on any proverbial toes. We'll have this blog post out ASAP (we are hoping within the next 24 hours). Back to the regularly scheduled programming.

Another DevLog about Vertical Fog.

With Dimension 20 maps getting released in the not too far future, it is time to start taking another look at the Vertical Fog. 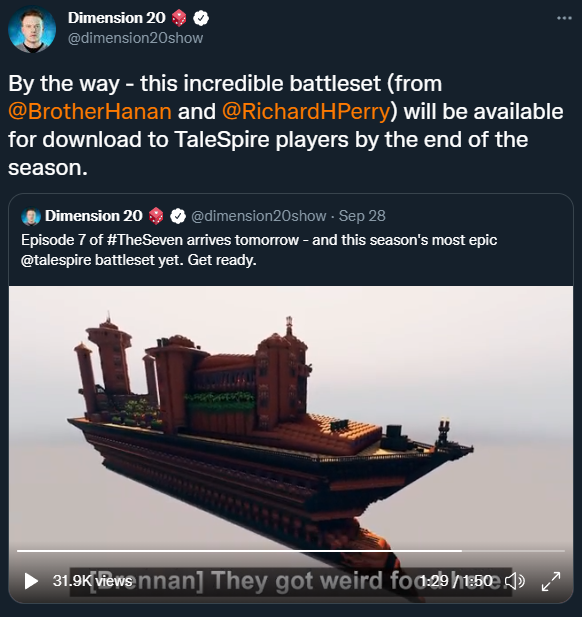 The Fog version seen in the show was very much hacked into their build of the game. It hijacked the water height and the future water type properties to add different colors etc. It also had a number used for falloff placed inside the Atmosphere Panel. None of these things were ideal, but they worked.

For this iteration, I'm experimenting with adding another "diamond" to the elevation bar on the right side, much like the water plane pin.

I also want to try adding the falloff controller related to the same pin. And here I'm experimenting with a horizontal controller for this purpose.

Another benefit of creating another pin/diamond is that we can have Fog and water simultaneously. At least in theory. A problem occurs with the Fog being a post-processing effect. So at no point does the water draw on top of the Fog, resulting in this mess: 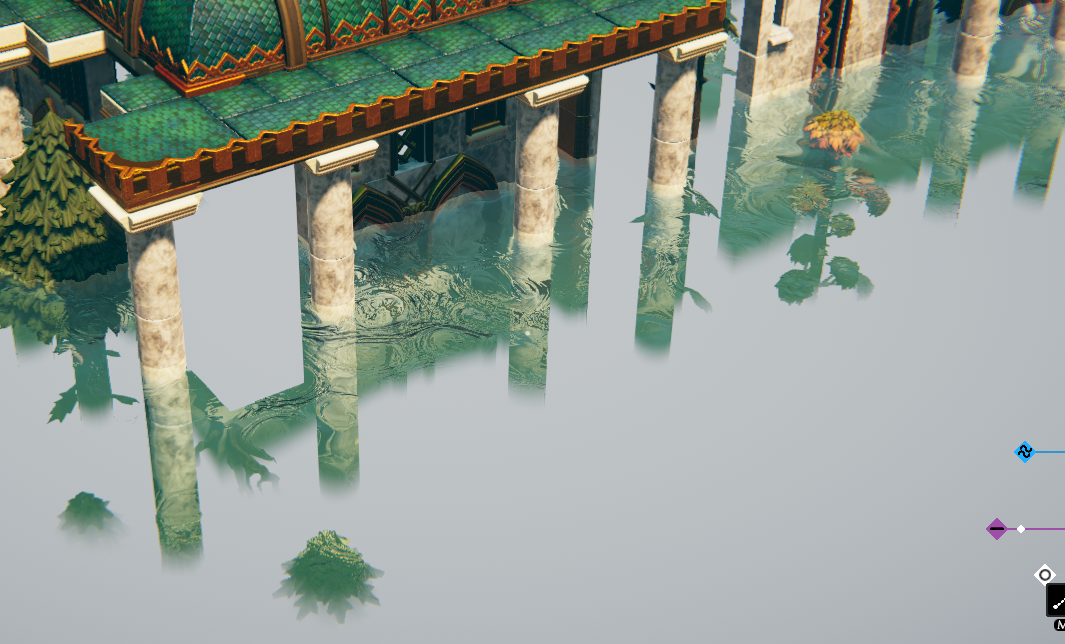 I can't find a solution that wouldn't require a major rethink of both the Fog and water. Hence, as a temporary fix I added a state in the shader where the Fog would get more transparent where it is supposed to be under the water, causing some surface detail to shine through.

And it sort of works... some of the time.

This isn't even my final form?

Yeah, so I'm not entirely satisfied with how this Fog works and looks. Even if the initial Fog approach did far better than I ever imagined it would, it still looks flat and interacts poorly with the rest of the environment. There are also things like looking up through the Fog, which has yet to be solved.

I do think it adds a little bit of flair, though, even in its current form. And seeing how the Fog is a pretty significant part of the Dimension 20 maps, getting this version in to iterate on later seems to be the way to go.

So expect to see a version of the Vertical Fog available in-game in the near future.

We've recently been working on filling some of the more popular requests over on our Asset Suggestion page: https://talespire.hellonext.co/b/Asset-Requests

Individual weapon props, Interactive Levers, and maybe even webs (if we can find a good design for them over the weekend).

The asset request board has been incredibly useful for us to make notes of things needed. We really appreciate everyone submitting there, and would love to see both more suggestions and more upvotes on existing ones. It does tend to guide us a little bit when planing the next couple of weeks.

Till next time, have fun building and roleplaying!

· 321d ago
Hurray! Fog is what I've been dreaming of for so long! I'd be happy if the water slider simply couldn't slide past the fog slider.

Does that make sense? Force the water to always be below the fog IF the fog is present.

Oh, be still my heart! Fog is coming!

And new assets? Weapons? Oh yes! Please bring weapons! If there's anything TaleSpire sorely needs atm it's some good old-fashioned weapons, shields and such to decorate with. Though I'm getting really creative with that pile of arrows! :-D

· 320d ago
Great news! I'm definitely looking forward to having fog in-game. Can Fog of War be far behind? Well, yes, it could... But that's ok.

And any news about more assets is always welcome. And thanks for the link to the asset request board. I'll be visiting that soon!

· 315d ago
Honestly I cannot wait to become an expert with this software, and creating campaign settings within it will be epic. Screw drawing a map, I'll just make my city in talespire!
Reply Like