TLDR: While we are still more than a couple of months away from being ready to release the Cyberpunk content, we really wanted to show you what's coming!

Some time has passed since our previous Asset update. Although we do have another couple of Medieval Fantasy packs in the works, today, I'd like to talk a bit about our Cyberpunk Stretchgoal.

Although it might not yet be entirely self-evident, TaleSpire is returning to the screens with Dimenion20's next full-length season. We had a blast working with the crew on "The Seven" and eagerly jumped at the opportunity to work with them again. There were some initial considerations, however: "Dimension20: A Starstruck Odyssey" is (not surprisingly) set in the Starstruck comic universe, which has plenty of "Punk" but falls more on the "classic sci-fi" end of the spectrum.

We didn't have plans to lean into pure sci-fi for a while, but in fact, their project helped us outline our initial approach to Modern, Sci-Fi, and CyberPunk. There are many different versions of Cyberpunk out there, and quite a few could easily fit into the world of Starstruck. The approach became, start with some Space stuff, then bring it down to modern Earth. Sprinkle in some grit and body mods to bring it together, and if our calculations are correct, the junction of all this should be something Cyberpunk'y.

The new season differs a bit from "The Seven" in that Dimension20 created a lot of custom art, things more unique to the setting of Starstruck. They then tailored the rest of the season based on the more general cyberpunk/sci-fi assets we wanted to create.

The result was quite a few Tiles and Props: 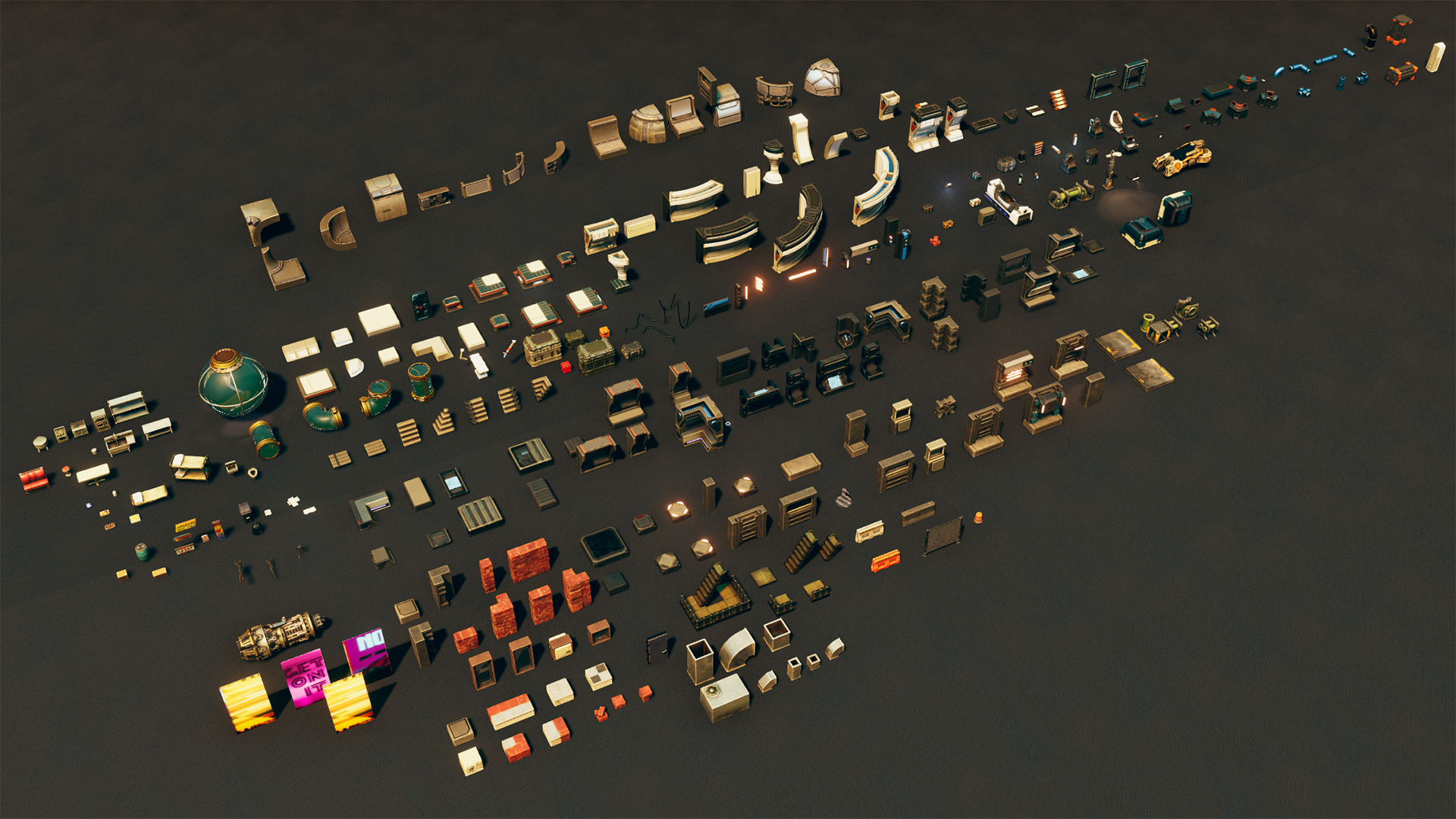 (some of these will change, some will be added, and some might be removed for official releases) 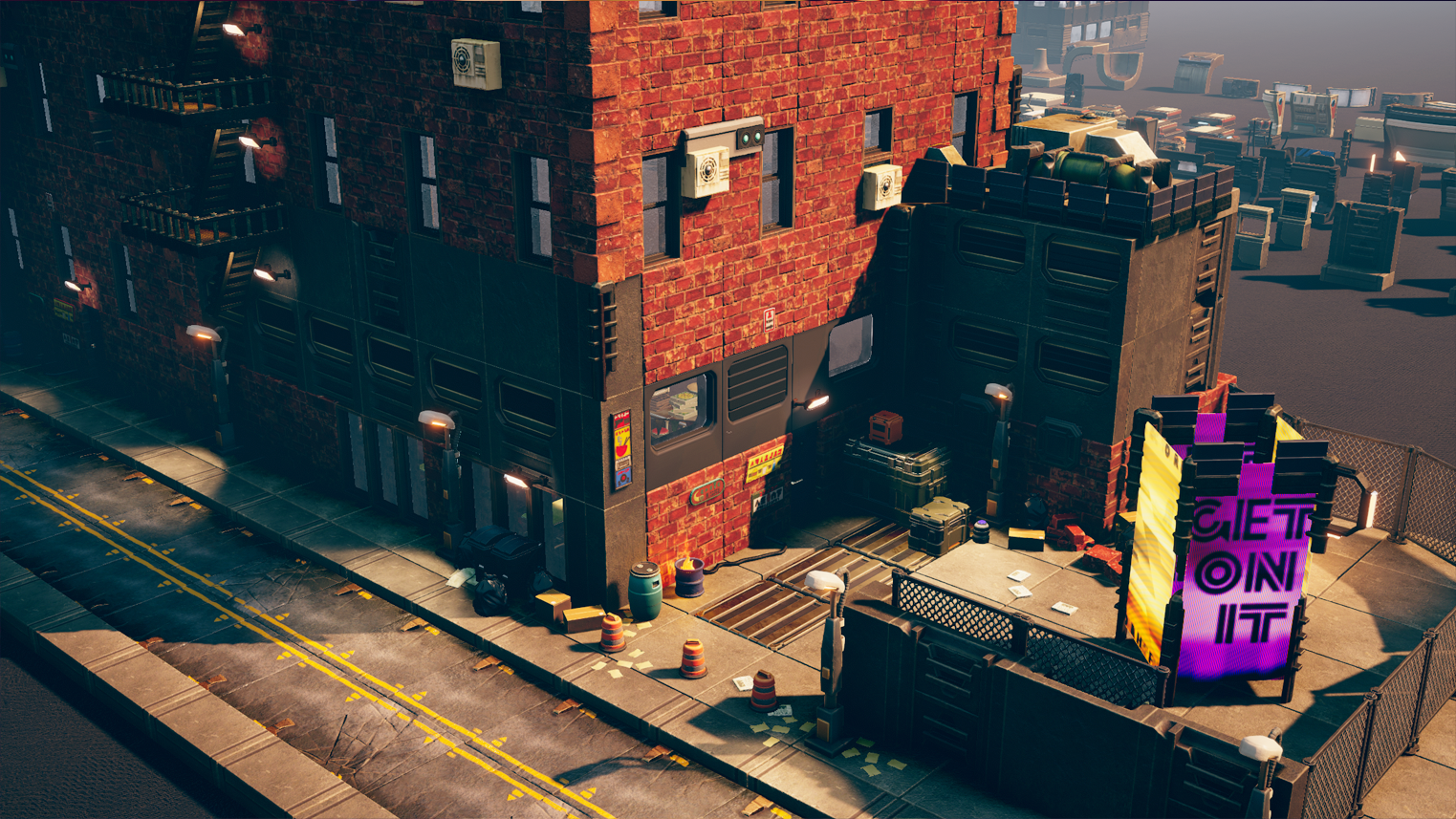 Even if we have a good amount of content already done for our Cyberpunk release, there are still a lot of sets that need to be fleshed out. We also need to create a basic set of miniatures and ready the client to more easily sort assets based on the type of setting. 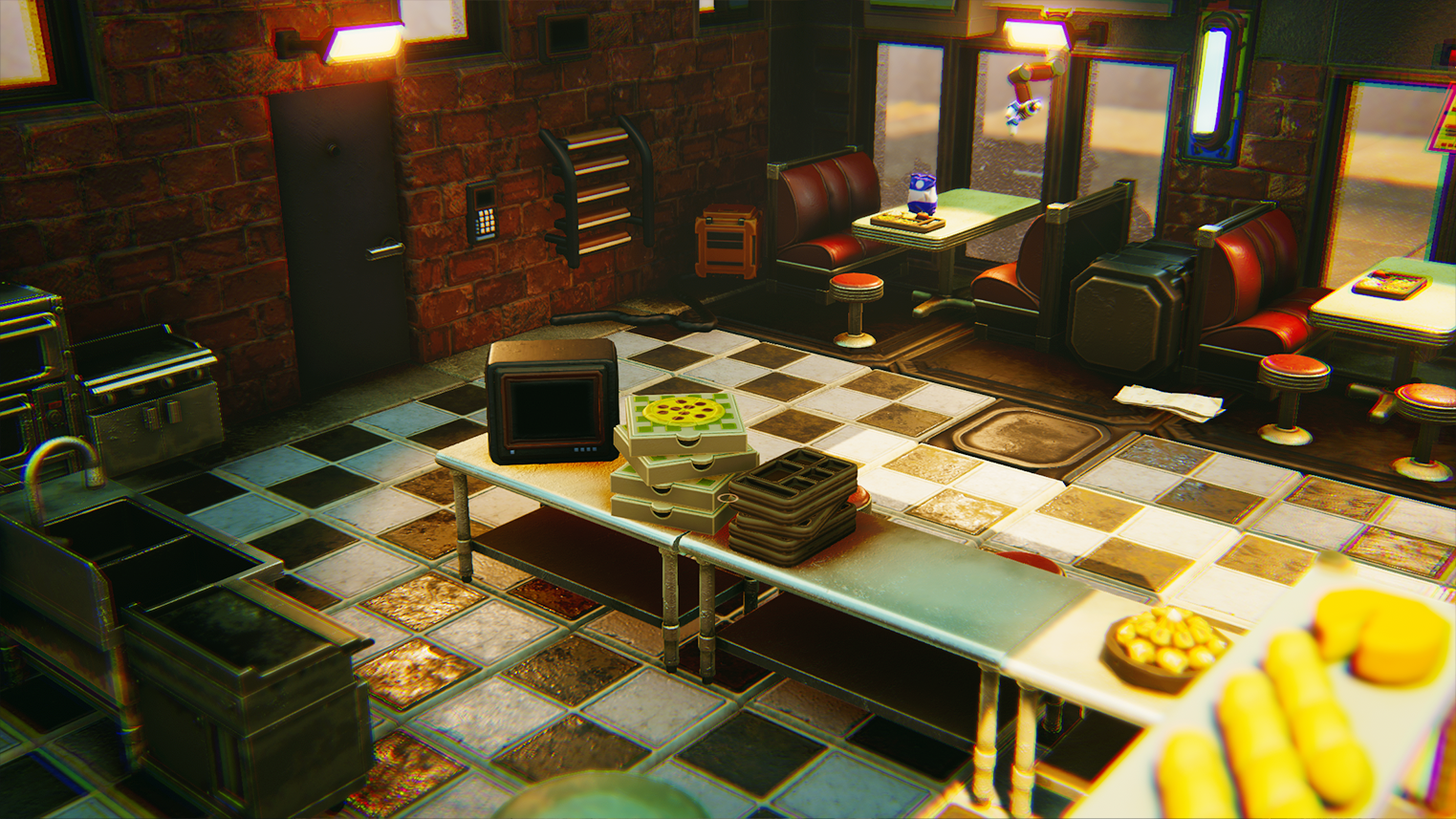 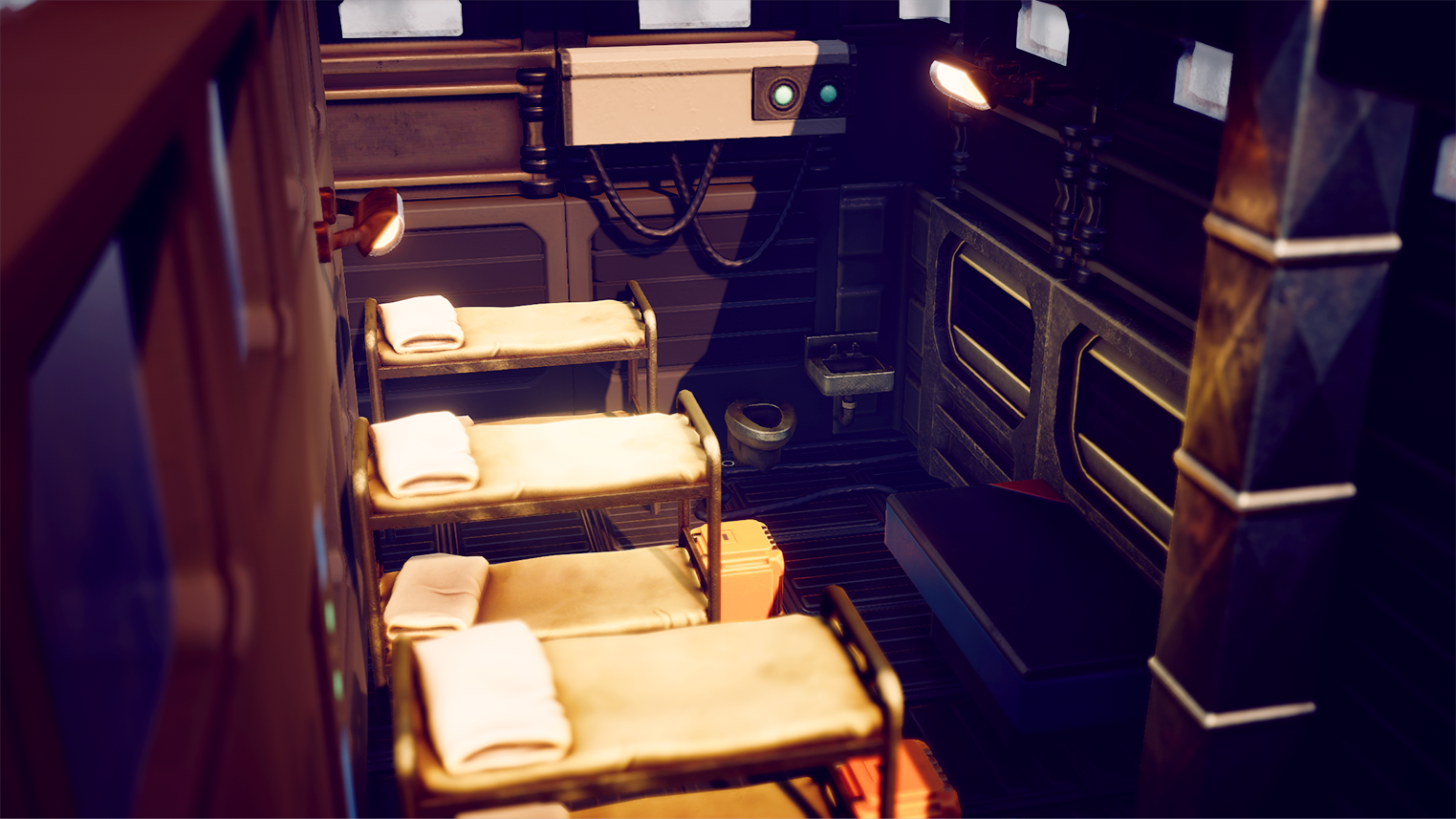 Again, we're more than a couple of months out before we're ready to release the Cyberpunk content, but we are delighted to finally show you how it's all taking shape. 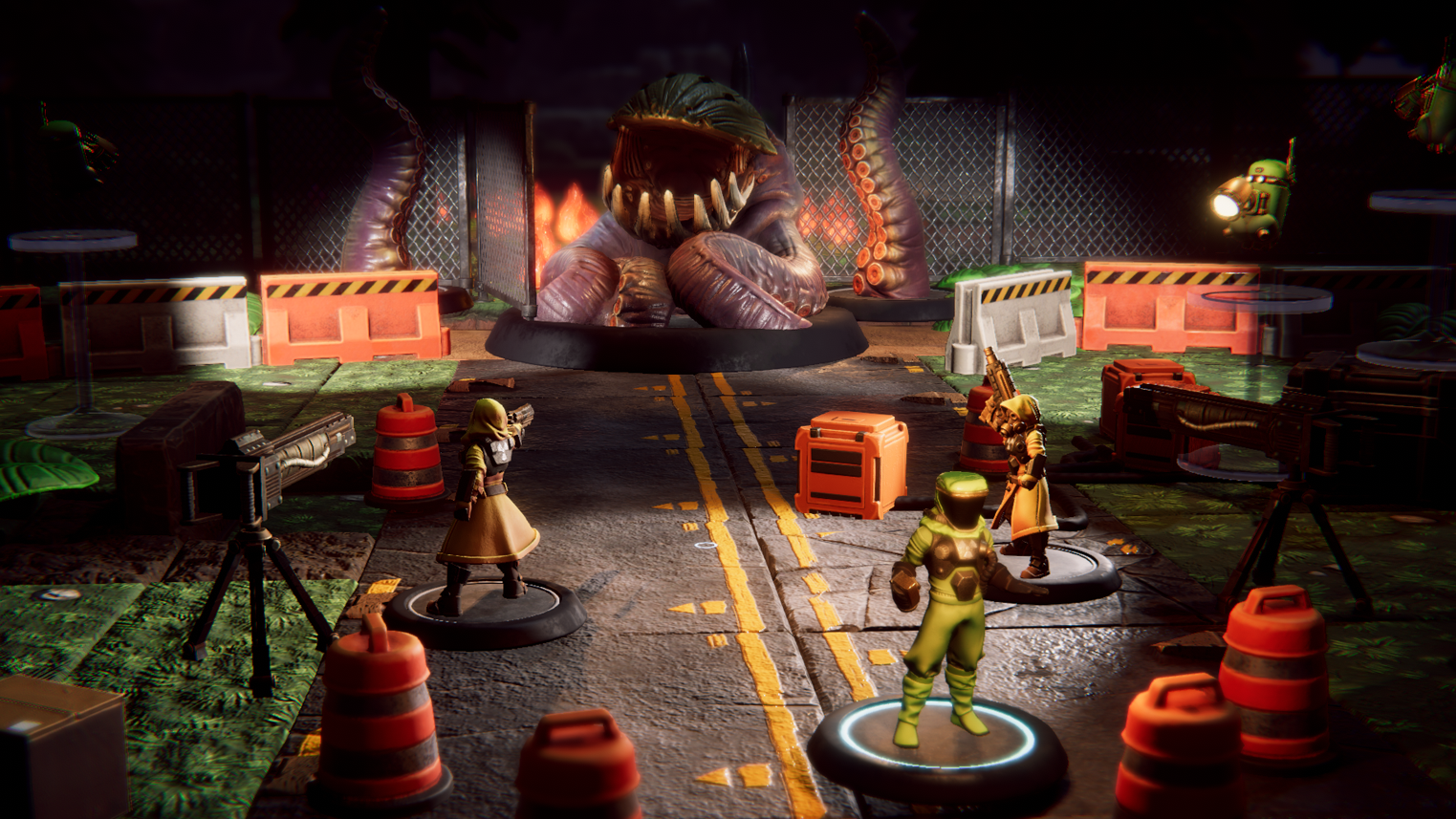 Thanks for checking out the update!

PS: We still have a LOT of packs we want to make for Medieval Fantasy. More on that later

· 268d ago
Will we be able to section off the futuristic stuff from the fantasy?
Reply 1 Like

· 268d ago
Yes, it is one of the features we need to add to the client prior to the Cyberpunk release.
Like

· 265d ago
Please make it so you can filter it rather than make them removed. I’m running a steampunk campaign and combining these with current assets would be awesome
1 Like

· 265d ago
kethantril: It will be filtered. So everything will be available at the same time.
Like

· 268d ago
Currently about to run a cyberpunk campaign, great to see this in the works.
Reply 1 Like

· 267d ago
Looking at glass panels - Are there plans to add glass material as windows, stained glass  to Medieval Fantasy ?
Reply 1 Like

· 265d ago
This isn't planned at the moment. It's something to look into. Stained glass is a bit tricky though as it should also "change" the color of the light which passes through. This is a bit tricky and would take quite a bit of development time with our current system.
Like

· 267d ago
Looks really awesome team! It makes me want to run a sci-fi game.Keep up the good work
Reply 1 Like

· 267d ago
I'm super excited for this, because I've been in the works of a cyberpunk meets fantasy campaign that I plan on streaming. The fact that Talespire is adding in these assets makes the visual story telling that much nicer and easier to portray! Thank you!
Reply 1 Like

· 266d ago
Hyped for the cyberpunk assets. I'm sure many of them will look steampunky when mixed with the medieval stuff.

On the subject of fantasy packs in dev, is one of them ships and airships? <3  A *wink* reply will suffice!
Reply 1 Like

· 266d ago
If i could use this to play Alien RPG i might not play anything else for a long time.
Reply 1 Like

· 265d ago
We have at least one member of the Art team who would love nothing more than to play Alien RPG in TaleSpire. IP(s) is a tricky thing.
Like

· 265d ago
Thanks for all the excitement everyone! Looking forward to it all!
Reply 1 Like

· 265d ago
This is going to be increadible. Just bought a wide screen to use during my game sessions with my players. This is everything I hoped for!
Reply Like