Hello everyone! (a bit of a summary today)

I want to start this DevLog by discussing a "new" arrival and the TaleSpire feedback website. There has been a lot of cleaning up and reorganizing thanks to our latest member of the Bouncyrock Team.

So we're welcoming Luis Büchi (aka Chairmander) into our little adventuring party. That said, Chairmander is hardly a newcomer to the TaleSpire Community. He has already been active on the Feedback site and is a long-time Moderator on our Discord Channel.

The cleanup process on the feedback website over the last few weeks has enabled us to focus more on bugs we know are still an issue and will allow us to respond to bugs quicker going forward. We're incredibly fortunate to have Luis onboard!

And in light of the recent hire, we've finally created a Team page on the Bouncyrock Website. Check it out at: https://bouncyrock.com/team to see who is on the team and which part they're involved in.

Speaking of team members, the most recent Content Pack: Misc Modern was a collaboration between Rachellee, Ðwarf, and Heckbo. If you missed that one, check it out here

While speaking of Content Packs, Heckbo is also working on the Ship Tileset and wants to share a screenshot as things start to make it into the engine.

"Finding a good solution for the ship set has taken a few iterations. It has been a significant challenge to create large curved pieces that are still versatile and can be built out in all directions while also keeping them compatible with tiles already in the game. And such a grueling amount of wood grain!" I'm paraphrasing a bit here.

Progress is moving well, but the number of pieces required for this particular set makes an ETA tricky. So I'll leave it at that for now.

A little bit on the visual challenges.

We've hit a snag trying to fix some graphical glitches. Initially, I thought it might be related to individual outdated shaders, as it was happening specifically with shaders using some legacy templates. But then I increased the water level, which resulted in this: 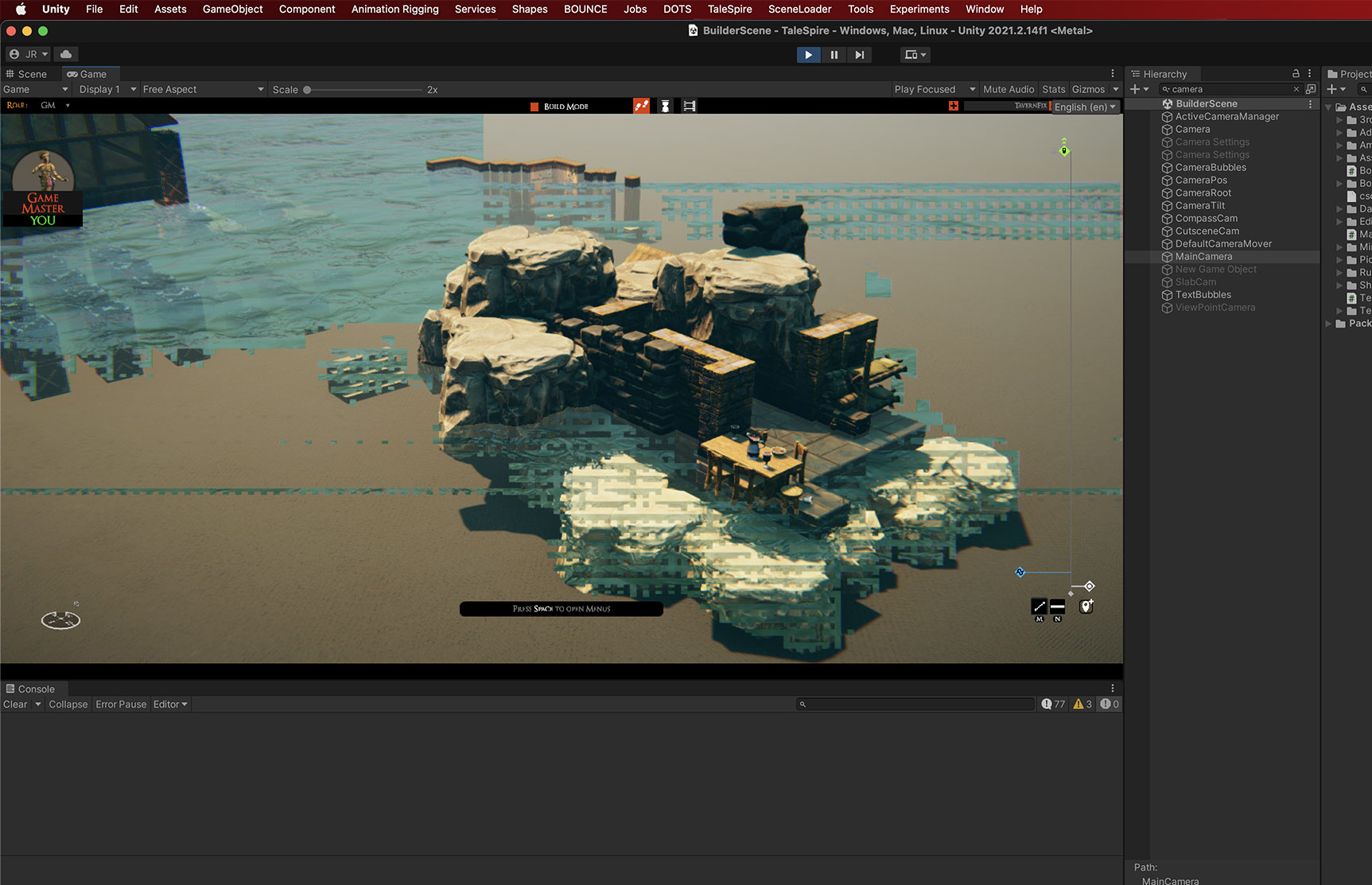 The water does not fall under the legacy templates but shares some features with the other affected shaders. They do all sample the depth buffer to fade when intersecting with different meshes. And disabling that in some shaders did appear to help. However, glitches would reappear randomly. The most significant thing these shaders have in common is that they all render into an additional Forward-Render pass. Objects not affected by lights or need the scene to be already rendered (such as water) need to Render after the light calculation.

Armed with this correlation, I created a new Unity Project using their Standard Deferred rendering pipeline. Made a quick non-lit shader, applying it to a sphere. 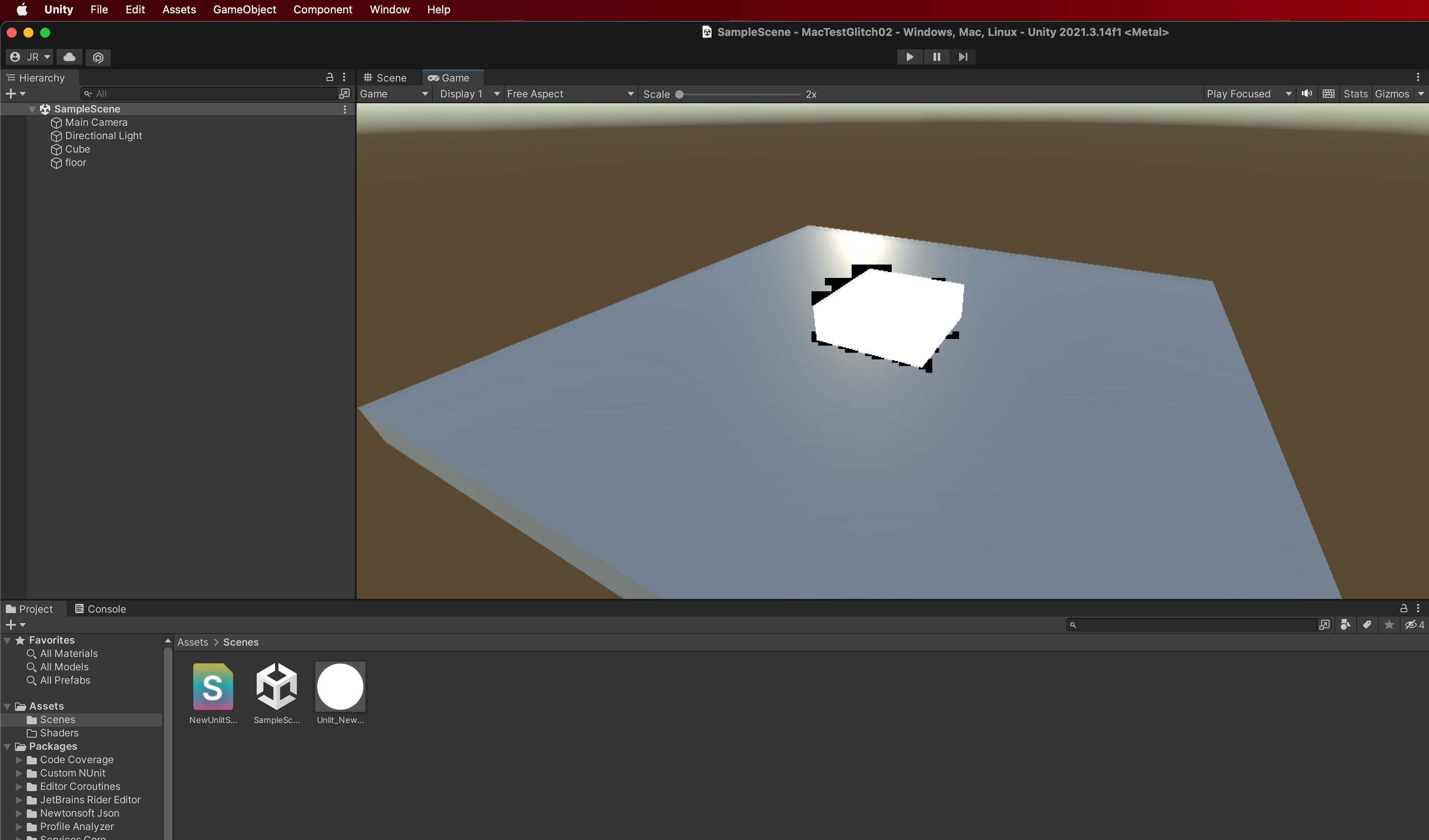 (The black squares are not a fancy effect)
So it is a unity issue. There might still be some ways of getting around the problem. For instance, turning off HDR on the camera in the test project appears to ease the glitch gods. It doesn't work on the TaleSpire Project, unfortunately. The camera setup in TaleSpire is a bit more involved; there are also post-processing passes in the mix, all potentially causing issues.

I wish I had a resolution for this problem. The bug is getting reported with Unity, and we'll continue looking at a potential workaround.

For now, I'll be back to group movement and the vertical bar improvements while we see what comes back from Unity.

Till next time,
have a great one!

Disclaimer: This DevLog is from the perspective of one developer. So it doesn't reflect everything going on with the team.

· 55d ago
The boat tileset will be awesome! And Mac support is somthing I've looked forward to for a friend. Keep up the awesome work!

With the matter of boats i wonder where subboards are in terms of time line. Its a feature I think would make a huge difference in designing and playing on maps with boats
Reply Like