There has been a small problem with our doors in TaleSpire.  One that you folks have probably notice.  And one that we have been aware of.... 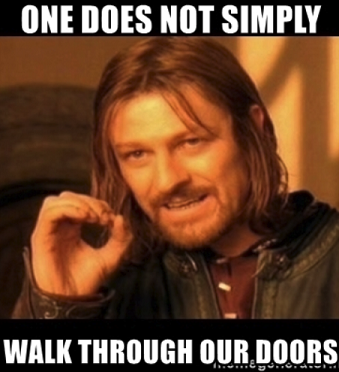 So we have some clipping issues between the doorways and the minis attempting to walk through.  On top of that, the arching of the doorways (most of them) peak through the tiles of the floor above them!

Then why do they even exist??

Good question!  These doorways were created before the concept of multiple floors - their purpose, aesthetically speaking, was to break up the silhouette of the dungeon layout.  As for the clipping, that's been a wonky issue from the get go, one that we were going to handle "later on".

It was raised by the community during alpha testing that we should consider giving doors their own tile space.  As you can see, the current doorways take up two spaces and your character has to awkwardly navigate through that space.  Something needed to be done!

And so below, you'll see an example of the new doors that will be shipped in the next content update.  These doors are separate objects that can be placed anywhere on the grid - preferably in between two walls, but hey... it's your adventure! ;)

And that's if for this update.  We hope you enjoyed it and find these new doors useful.  If you have any ideas for more door types, just let us know.  See you soon!